This study seeks to assess factors facilitating as well as factors hindering the adoption of mobile devices in the Swazi healthcare.

This study evaluated the end-users of the LabPush system in Swaziland. 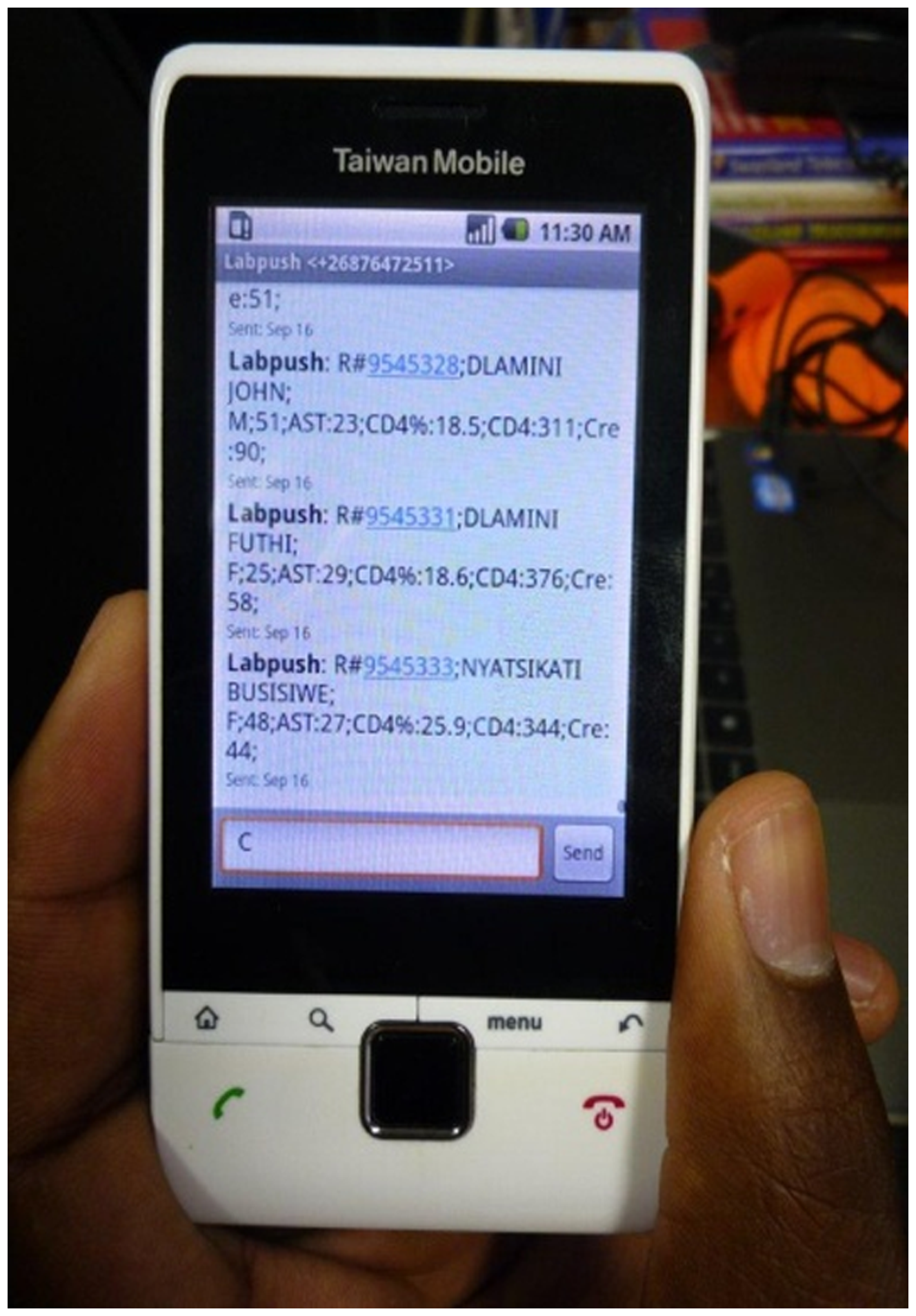 Developing countries are confronting a steady growth in the prevalence of the infectious diseases. Mobile technologies are widely available and can play an important role in health care at the regional, community, and individual levels. Although labs usually able to accomplish the requested blood test and produce the results within two days after receiving the samples, but the time for the results to be delivered back to clinics is quite variable depending on how often the motorbike transport makes trips between the clinic and the lab.

In this study, we seek to assess factors facilitating as well as factors hindering the adoption of mobile devices in the Swazi healthcare through evaluating the end-users of the LabPush system.

A qualitative study with semi-structured and in-depth one on one interviews were conducted over two month period July–August 2012. Purposive sampling was used; participants were those operating and using the LabPush system at the remote clinics, at the national laboratory and the supervisors of users at Swaziland. Interview questions were focused on perceived of ease of use and usefulness of the system. All interviews were recorded and then transcribed.

This study had aimed its primary focus on reducing TAT, prompt patient care, reducing bouncing of patients and defaulting of patients which were challenges that the clinicians have always had. Therefore, the results revealed several barriers and facilitators to the adoption of mobile device by healthcare providers in the Swaziland. The themes Shortens TAT, Technical support, Patient-centered care, Mindset, Improved communication, Missing Reports, Workload, Workflow, Security of smart phone, Human error and Ownership are sorted by facilitators to barriers.